At the end of 2018, as compared to the same period in 2017, the number of insolvent undertakings decreased from 2,886 to 2,297 or by 20 per cent. In January of this year only, 165 insolvency proceedings of companies were initiated, however, in comparison to January 2018, this number is lower by 28 per cent. Evaluating the probability that the company will enter bankruptcy within 12 months, at the beginning of this year, Credit info allocated 67.4 per cent of enterprises to the low risk group and 11.2 per cent – to the high risk group. In the same period last year, this indicator amounted to 66.9 per cent and 11.7 per cent accordingly. Historically, such risk structure of undertakings demonstrates that the market is well balanced Creditinfo writes in a press release.

“The data available to us rebut the statements of certain analysts claiming that the negative signs indicating business challenges and possibly a decline were detectable already in the fourth quarter. To conclude, I dare to say that last year’s statistics are rather boring, with no obvious drama. On the other hand, certain worrying signs are detectable when comparing the late mutual payment rating – the number of low risk companies dropped within a year, while those of average risk increased. Moreover, it should not be overlooked that Lithuania has an open economy strongly dependant on export, therefore, any changes are nearly always determined by the external factors, which can be very unexpected,” said Rasa Ruseckaitė, Credit Risk Manager at Creditinfo.

According to her, the concern about the current geopolitical and economic changes has been reflected in the last year’s slight decrease of the Lithuanian undertakings’ willingness to borrow, however, this fact must be considered with reservations.

“Because last year, more borrowing agreements were concluded by the Lithuanian companies. The decrease of the total borrowings’ amount demonstrates lower volumes of borrowings, and the reasons for that can be very different,” she added.

Although, the analysis of individual sectors allows to identify the profiles of certain tendencies.

“The transport sector usually quickly responds to fundamental macroeconomic changes, however, last year, it was also focused on development – the volumes of the working capital borrowings grew by 24 per cent, with a 42 per cent increase in the volume of long-term borrowings. Meanwhile, the credit volumes in the construction sector shrank, with less working capital borrowings and long-term investments. The identical tendencies have been identified in the real estate segment. This corresponds to the message communicated by the players, stating that the market is saturated and the peak of growth has been reached. The number of the low late payment risk companies decreased and those of average risk increased both in the local and other segments. Actually, the assessment of the insolvency risk demonstrates that the situation in these business segments looks sufficiently stable – in the beginning of this year, 46.4 per cent of construction companies and 71.7 per cent of real estate enterprises were attributed to the low risk group, meaning that in a year’s time, this indicator hardly changed,” commented the Credit Risk Manager of Creditinfo.

Creditinfo used the data of more than 54,000 companies registered in Lithuania for the analysis performed. 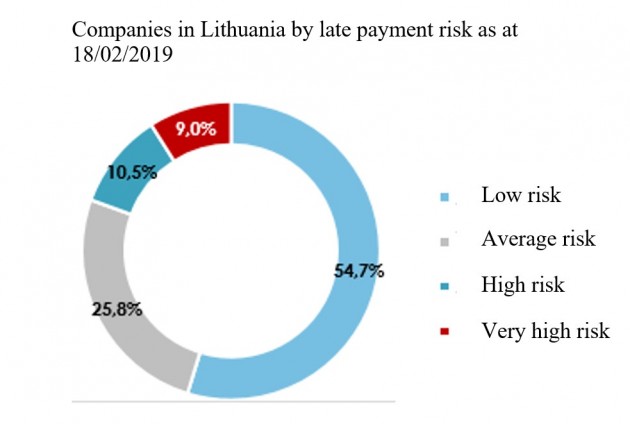 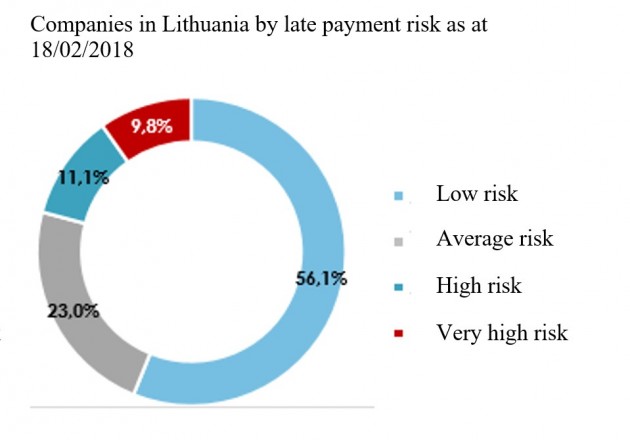 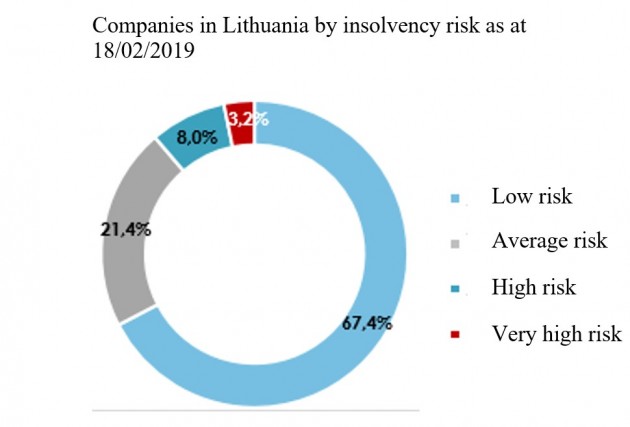 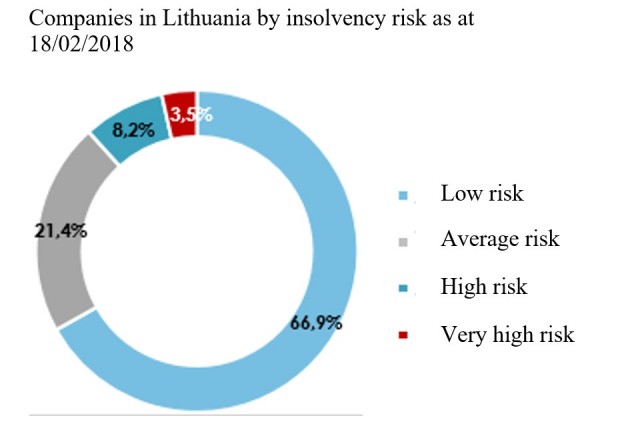 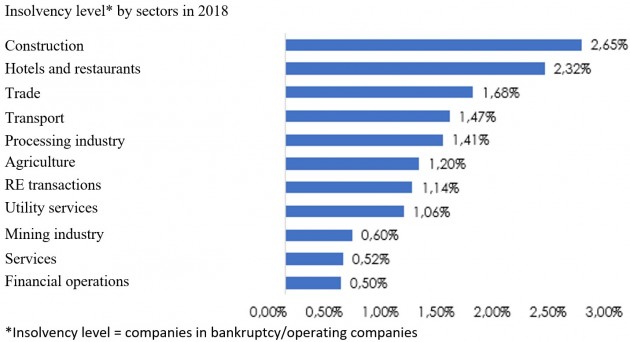 After the Supreme Administrative Court of Lithuania recently ruled that companies can use information people share on social media to assess their credit worthiness, specialists say the decision will have a huge influence on credit prices.

Almost half of all Lithuanians have taken out loans or bought something on credit, but very few take an interest in their credit histories, something that may force them to pay higher interest rates on future loans, experts say. […]

Lithuanian courts have ruled that a Bank of Lithuania rule forbidding the granting of credit to people who must spend more than 40% of their income to cover their debts is unconstitutional. The courts’ ruling […]

Lithuanian biotechnology sector is ready for a leap and waiting for a strategic approach from the...

Citus: benchmarking Vilnius and its housing market against other cities

In a year filled with pandemic challenges, Scania Lietuva maintains stable position on the market

Startup hub ROCKIT: 2021 will be great for green startups in Lithuania

Wrap Up of 2020: key takeaways of fintech ecosystem

Offices, funds, migration and other trends steering the Lithuanian real estate market in light of...

Europe’s eyes are on Lithuania: International AgriFood Forum 2020 is being organized

Estonian and Latvian tourists: travel is motivated by desire to escape familiar environments

Future of Vilnius, Tallinn and Riga: Lithuania can win on only one condition

Mačiulis: Lithuania has been able to avoid shock and so the economy will contract the least

“K-shaped” recovery and have the Baltic economies joined the Northern European League?

Izgorodinas. Lithuanian economy‘s downturn is less than expected, but the recovery will not be co...

Laurinkus. After Borrell’s visit to Russia – conspiracy theory about the game of thrones in the EP and the Kremlin

The European Union’s head of diplomacy, Mr. Borrell, whom the Kremlin’s propagandists call “Uncle Joseph”, suffered double humiliation during and after his official visit to Russia: one in Moscow and the other at the European […]

In an interview with the current, perhaps most prominent representative of information warfare from the Moscow side V. Solovyov, Russian Minister of Foreign Affairs S. Lavrov stated that Russia is prepared to suspend diplomatic relations […]