On the 20th of May, Lithuanian painter Raimondas Gailiūnas opened his new exhibition at the Rokiškis manor with the support of Contour Art Gallery, the Rokiškis Regional Museum and the Rokiškis municipality. The event presents his exceptional work and a different facet of Lithuanian art. 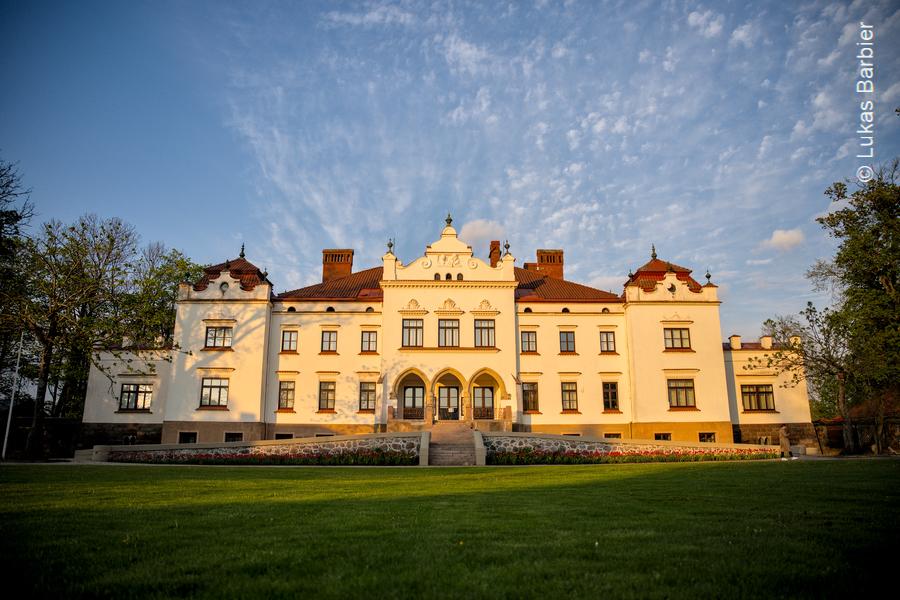 The Rokiškis regional museum resides inside the Rokiškis manor. Inside, you can find Gailiūnas’ paintings hanging on the walls © Lukas BARBIER

The event welcomed locals and other art enthusiasts from Vilnius. The guest list included the mayor of Rokiškis Ramūnas Godeliauskas, the Head of Communication and Culture of Rokiškis Irena Matelienė, the owner of Contour Art Gallery Vilma Mačianskaitė, and art critics Raminta Jurėnaite and Vidas Poškus, among others. 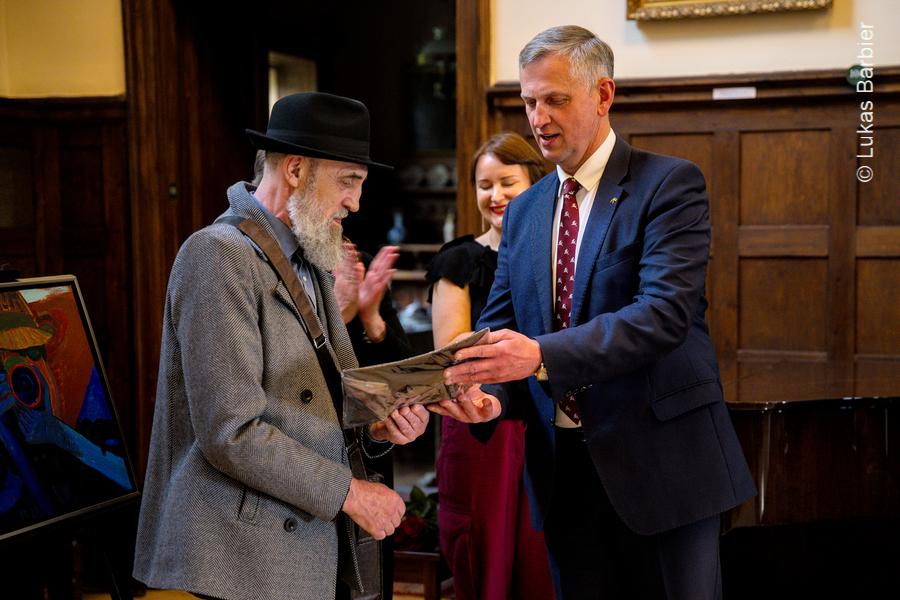 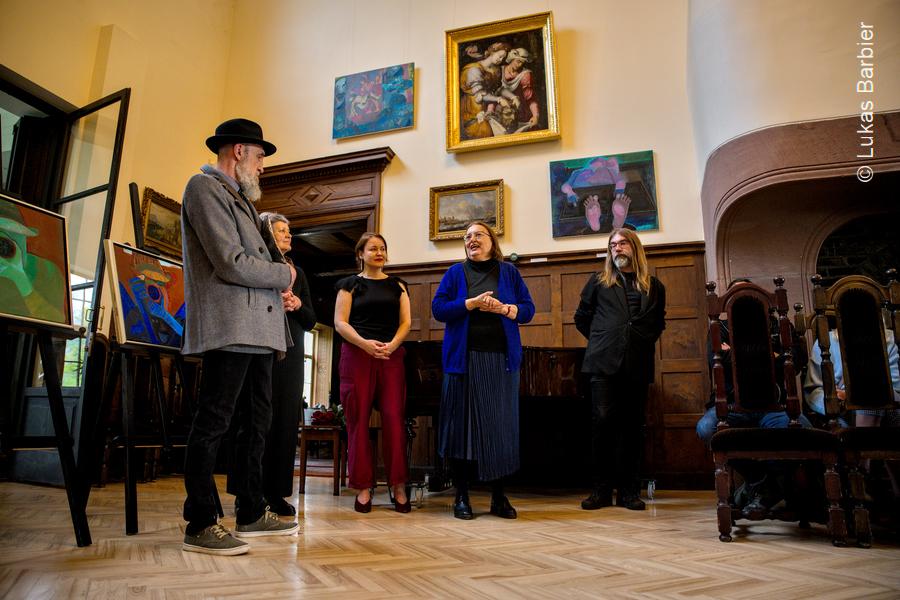 Born in 1956 in Pandėlys, Gailiūnas used to work as a metalworker and paint in his free-time while living in northern-Lithuania in the town of Rokiškis. At 23 years old, he began holding his first exhibitions across Lithuania without much real success. A year later, he enrolled in the Vilnius Institute of Art, but subsequently dropped out.

Yet, in 1990, Raimondas Gailiūnas became a member of the Artist Group Angis (tran. “Viper”) and luck finally struck, allowing him to pierce in the Lithuanian painting scene. Gaining traction since the group’s first events at LITEXPO, he finished his degree in 1996. Since then, Gailiūnas has attained critical acclaim in the Lithuanian art world, earning the title of Best Artist at the Art Vilnius’13 fair in 2013. His work now figures in the Lithuanian Art Museum, MO Museum and Rokiškis Regional Museum, while being represented by Vilma Mačianskaitė’s Contour Art Gallery. 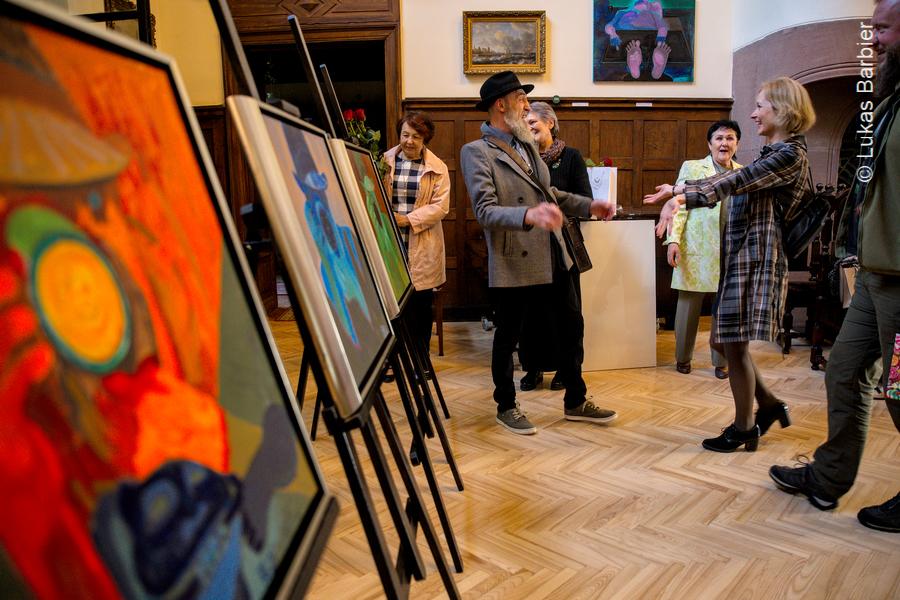 Opting for a striking, vibrant and violent colour palettes, Raimondas Gailiūnas’ paintings remind those of pop-culture hit pieces by grabbing your attention with stark colour contrast and emotive scenes. Even for the uninitiated, his chaotic canvases showcase true mastery and control over his paintbrush rendering clean end results. 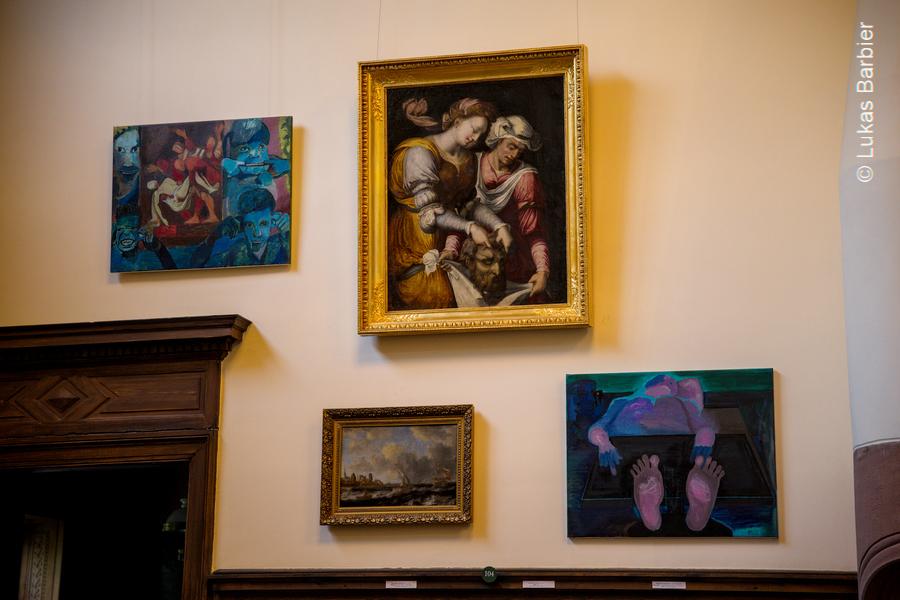 R. Gailiūnas’ masterpieces hang on the walls of the manor alongside classical pieces © Lukas BARBIER

“His brush is sharp, very sharp. Sharper and more penetrating than a scalpel”, writes the artist and art critic Vidas Poškus about the painter’s masterpieces. “Gailiūnas’ work can (and must) be seen and read only in this way — through layers, quotations, motifs, and allusions.” 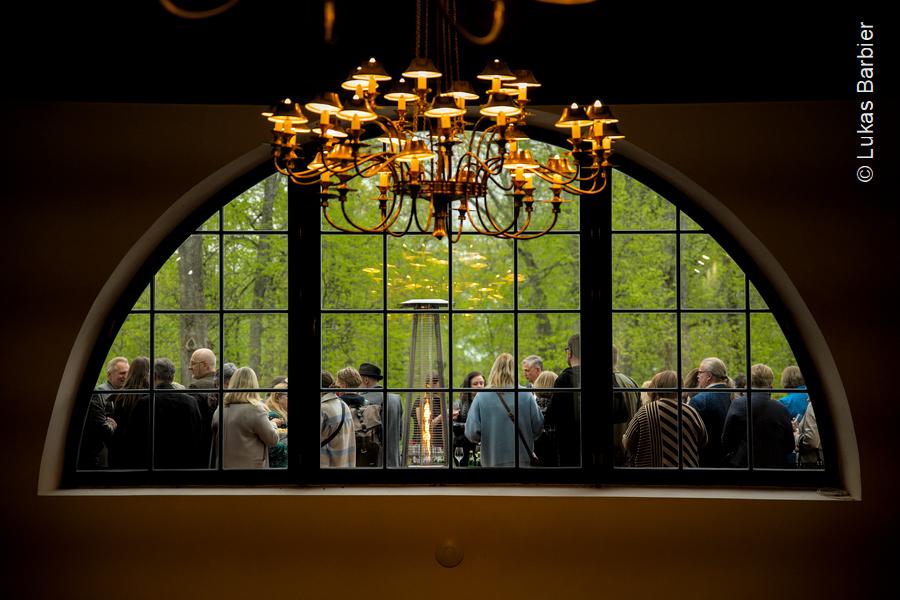 So, why choose to do the exhibition in a manor? First of all, Gailiūnas still lives and paints in Rokiškis, it is where he started and where he continues to this day. Thus, organising this exhibition in the Rokiškis manor is then an obvious choice. Second of all, his paintings reflect a certain non-conformism and exposes jarring, yet coherent, displays of how our world functions. As such, what better place to organise such an event than at an old manor — the quintessence of a bygone conformist era? Raimondas Gailiūnas surrounds his colourful paintings with the antique furniture and classical paintings of the classicist palace, which was first mentioned in 1499 and which has lived through the centuries. 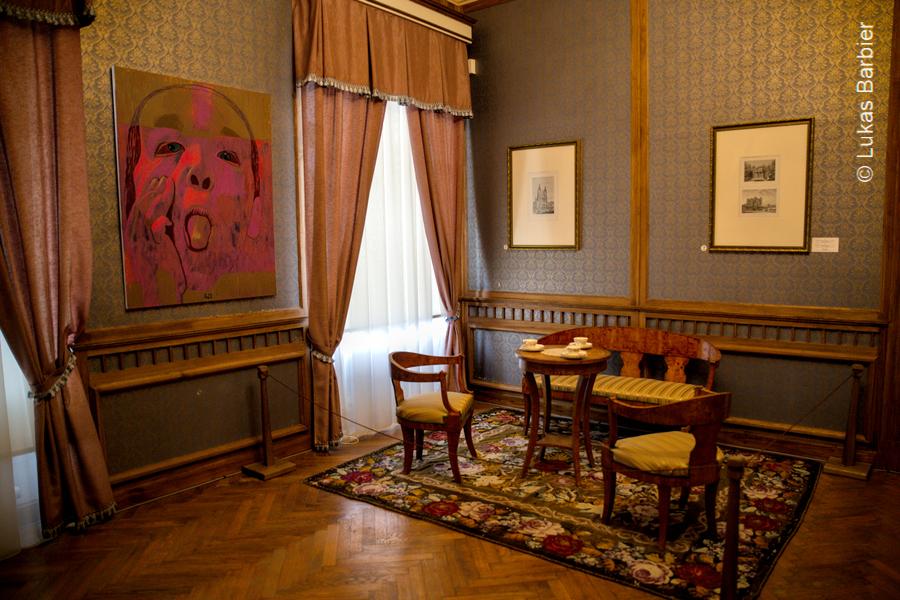 “I can show you these all day long if you find them interesting, although it’s nothing but added attention for me”, utters Raimondas Gailiūnas while showing his paintings to visitors of his art studio.

President Dalia Grybauskaitė awarded the Medal of the Order for Merits to Lithuania to opera soloist Edgaras Montvidas. […]

Philadelphia can lay claim to a few superlatives in art. Probably nowhere are so many paintings by Renoir and sculptures by Jacques Lipchitz on public display within less than 1 square mile but in Philadelphia. Both have a connection to France and Lipchitz life story even leads all the way to Druskininkai in Lithuania. […]

Leonard Cohen on a Vilnius street: a quiet celebration