Zwartendijk was a Dutch honorary consul and representative of Philips in Kaunas in 1940. He issued 2,400 Curacao visas to Lithuanian and Polish Jews, thus saving their lives.
Zwartendijk was put on the list of Righteous Among the Nations and received a Lithuanian Life Saving Cross posthumously. His memory will be honoured with a symbolic light installation in central Kaunas. 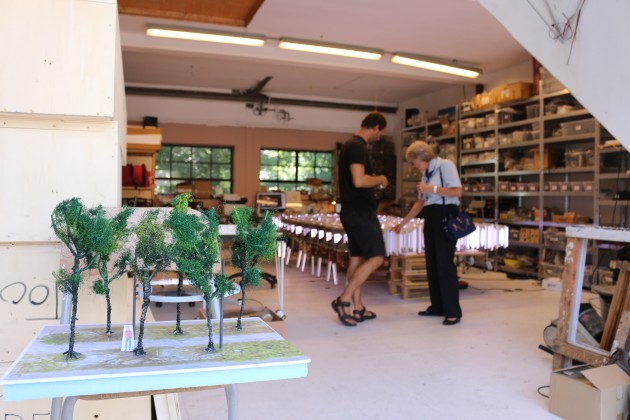 Giny Vos, a renowned Dutch artist had created the installation, which is going to contain more than 2000 light pillars, it will be three meters high and almost seven meters wide. The author met a group of journalists from the Baltic States outside of Amsterdam. The installation was being packed into the boxes after a brief display as Giny Vos was speaking to the journalists ‘This Dutchman gave a hope of life to every person he saved. I am working with the light, which also symbolises hope. That means that every saved person is like a source of the light. Of course, as J. Zwartendijk himself. Therefore, I decided that the best monument should be a light instillation with some 2000 light pillars joined together.’ 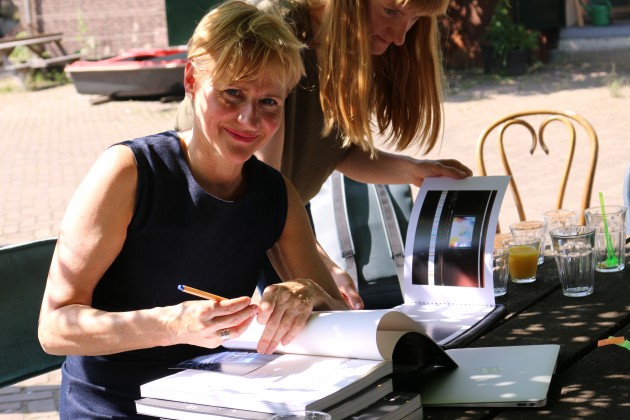 The artist came to Kaunas in 2016 and visited the Chiune Sugihara museum. He was a Japanese government official who served as vice consul for the Japanese Empire in Lithuania. During the Second World War, Sugihara helped some six thousand Jews flee Europe by issuing transit visas to them so that they could travel through Japanese territory, risking his job and his family’s lives. Mr Sugihara worked with Mr Zwartendijk to save more than 2000 lives. Giny Vos heard about this Dutchmen for the first time then and this left an extremely deep impression. 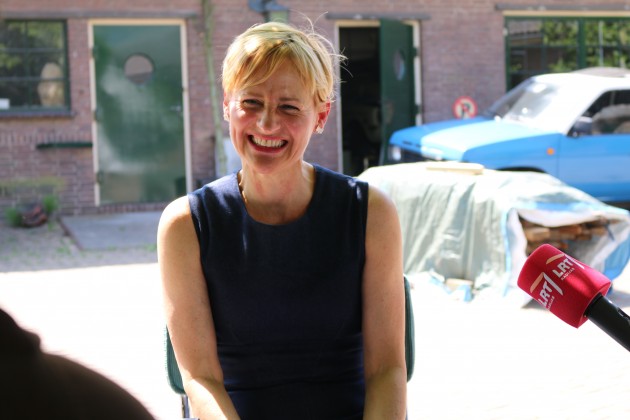 The Dutch Ambassador to Lithuania Bert van der Lingen got in touch with the artist and suggested an idea of monument to the Dutch diplomat Jan Zwartendijk. Giny Vos came to Kaunas to choose a place for the instillation on the main street of Kaunas, close to the place where the diplomat lived.‘ It is the shape of the spiral because it is all about continuation: more than 2000 who were saved have spread around the world. They got children, and grandchildren. ‘Hence, we can only assume that there are more than 10.000 who were saved by Zwartendijk,’ Giny Vos explained. 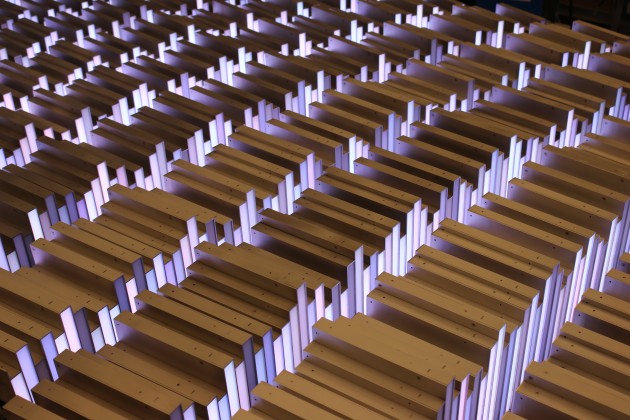 The diplomat’s children and a person saved by Zwartendijk will attend the unveiling ceremony on Friday afternoon.

In her solemn message on the Day of Statehood – Coronation of King Mindaugas, Lithuania’s President Dalia Grybauskaitė on Thursday urged the nation to feel the external support Lithuania enjoy and remember unity at all times. […]

President Dalia Grybauskaitė will on Tuesday confer the Cross of the Knight of the Order for Merits to Lithuania on internationally-renowned Litvak painter Samuel Bak. […]

Lithuania’s President Dalia Grybauskaitė says her decision on spelling of first and last names of Lithuanian citizens with Latin letters that do not exist in the Lithuanian alphabet will depend on the conclusion of the state language commission. […]

Professional interpreting services – the key to a successful multilingual event

The end of Prague Spring: a view from Bratislava

Kremlin weeds in Lithuania: will they wake up to Sosnovsky’s political borsch?

Nuremberg for Putin’s heroes of war

Military aid to Ukraine: the Belgian cavalry turns up late

Belgium has decided on a new military aid package for Ukraine worth €12 million. It includes heavy machine guns[i] and ammunition as well as non-lethal equipment such as helmets, winter clothing and vision equipment. Ambulances […]

After the 2020 parliamentary elections, human rights were relatively more talked about in the parliament than before the elections, according to the findings of the researchers from Kaunas University of Technology (KTU), Faculty of Social […]

Energy Minister Kreivys can relax: he will be almost invulnerable for 6 months

The no-confidence procedure against Energy Minister Dainius Kreivys failed in the Seimas on 27 September. The process was initiated after Russia started the war in Ukraine, which has led to a surge in energy prices, […]

Not everyone can live on their salary, so they are looking for extra jobs. Labour market experts say the popularity of additional jobs is growing but predict that their demand will increase even more in […]

Sekmokas: while Russia is stuck in Ukraine, we urgently need to make one step

Former Energy Minister Arvydas Sekmokas, speaking about the current energy dilemma in Lithuania, says that there are many problems. Still, the biggest ones are the dependence on the control room in Moscow and the lack […]

Wage growth in Lithuania remains in double digits. According to Sodra, in the second quarter of this year, people’s incomes grew by 14%. However, this is almost seven per cent less than the rise in […]