On March 4 the Homeland Union – Lithuanian Christian Democrats announced their intent to implement significant and never before seen in Lithuanian politics changes. The party chairman, TS-LKD candidates to the post of president, member of the European Parliament, mayor or member of Seimas in a single mandate district will be elected not just by Conservative party members, but also those outside the party, Alfa.lt reported.

Political scientists predict that the currently calmed clash between the Conservatives and Christian Democrats in the party could be shifted to either direction by this. However will the openness and internal democracy declared by Gabrielius Landsbergis not end up turning opposite?

Such primaries rare even in Western Europe

Open primaries are not frequently seen even in Western democracies, making the TS-LKD’s move particularly brave, albeit the details of how exactly this will work have yet to truly surface. It could go the way of the Italian Democratic Party where its chairman can be elected by even immigrants and individuals as young as 16 years old.

The French socialists have chosen their party’s representatives this way since 2007, while the conservative French Republicans took the same step this year, likely in order to consolidate their party’s votes prior to the first round of national elections, where Marine Le Pen’s National Front poses a significant challenge to the traditional major parties. 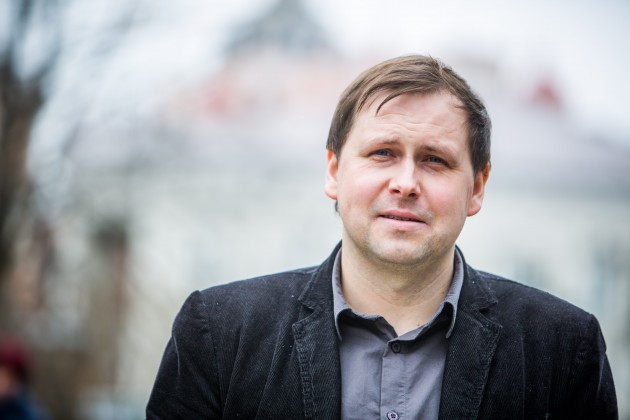 VU TSPMI docent, political scientist Mažvydas Jastramskis says that this novelty is brave, but for now it is difficult to say what impact it will have on the Conservative Party and the competition between Lithuanian parties. He notes that the decision is motivated by public relations demands to a great extent and will require a number of safeguards to be put in place.

While the move has been touted to be a development of internal democracy, the results may not necessarily lead to the flourishing of democracy within the party. Non-party members are likely to be less informed and less involved than party members, less attentive to the comings and goings within the party.

M. Jastramskis does not believe that the changes could unbalance the party, however he notes there are many variables in play to keep in mind. This ranges from the number of voters to the range of their ideologies and identities. Furthermore he notes that the party’s leader can be emboldened by such widened support, potentially leading to a situation where the slogan voiced on Saturday – “United and open” could turn into a half-truth – “Openness without unity”.

While the TS-LKD elections recently showed that G. Landsbergis has majority support in the party, the rift between the two value sides in the party has not vanished. The new election regulations could very well cement Landsbergis’ dominance in the party however, considering his success in the multi-mandate electoral district. 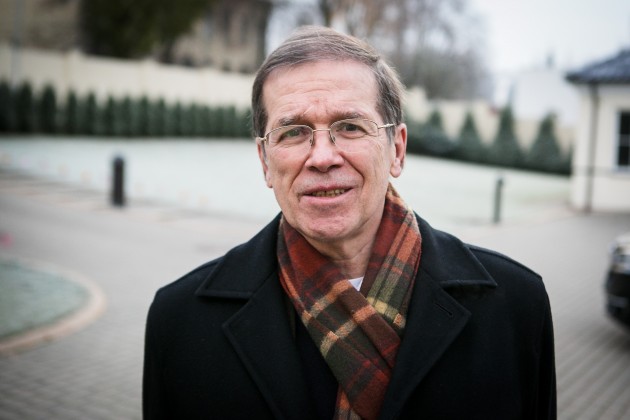 Docent Kęstutis Girnius suggests an alternative scenario is possible, noting that the innovations could lead to a renaissance of the Christian Democrat wing, noting that the new voting participants could actually be more in favour of the Christian Democrat agenda, shifting the balance their way.
Meanwhile Gabrielius Landsbergis himself told Alfa.lt on Monday that he simply hopes to attract new members to the party and is not worried that party members could rebel against the novelties, noting that many of the TS-LKD branches often feel disappointment at a lack of participation and a need for new members.

Competitors only observing for now

Could the idea of open primaries be adopted by other Lithuanian political powers, similarly to how the Social Democrats adopted internal general chairman elections this spring, following the Conservatives’ example from the Andrius Kubilius era? M. Jastramskis and K. Girnius have differing thoughts on the matter. M. Jastramskis notes that the Conservatives are uniquely positioned to make use of such an approach, while the other parties’ electorates do not identify with their parties as strongly, particularly considering the “Farmer’s” unstable electorate. He points out that it is hard to say what sort of outcome other parties can expect, meanwhile the Conservatives could draw more participation through such a move.

Meanwhile K. Girnius believes that other parties could be emboldened if the Conservatives successfully implement this new feature, with the expert pointing out that some parties, such as the SocDems, perhaps benefitting from such a feature even more than the Conservatives, helping to attract voters from other similar parties.

The nearest elections in Lithuania are to be held in 2019, with three different elections to be held – municipal elections, presidential elections and Seimas elections. By then the Conservatives will have to adequately prepare and their rivals – observe and analyse their successes and failures.

Prime Minister Saulius Skvernelis stood before the Seimas on Thursday. The head of cabinet answered questions posed by MPs in writing ahead of times regarding the majority leader Ramūnas Karbauskis‘ business relations with businessmen linked […]

Mažvydas Jastramskis. Will the people re-elect the “Farmers?”

The Seimas and cabinet’s term has reached its halfway point. Increasingly many analysts wonder what is in store for the ruling coalition in the future. Virginijus Savukynas believes that the “Farmers” are here to stay. […]

Politicians and political scientists will analyse for a long time yet, how Adolfas Ramanauskas-Vanagas was recognised as a factual head of state of Lithuania. This is a very Lithuanian story, which reveals many weaknesses of thought and worldview, typical to all of us. […]

Lithuania cannot act effectively on its own in foreign affairs, so it must always seek allies. This could be said of the European Union’s Eastern policy, which, for Lithuania, means significant efforts to restrain the […]

At its extraordinary session, the Seimas adopted, under a special urgency procedure, amendments to the Law on the Legal Status of Aliens and the accompanying legislation, thereby providing for faster processing of asylum applications and […]

The Seimas adopted a Resolution on Countering Hybrid Aggression stating that countries hostile towards Lithuania have been waging hybrid aggression against the Republic of Lithuania, which constitutes a threat to our country and the external border of […]

If sanctions could help replace the political regimes in Russia and Belarus, I would approve even their most severe variants, Mečys Laurinkus wrote in lrtyas.lt Unfortunately, the sanction cascades against Russia have thus far ended […]

A few years ago, Continental and Hella established production sites in Lithuania. Some months ago, Yazaki announced the closure of the plant in Lithuania. It is worth looking more closely at what determines the decisions […]

Sociologist on the newest party ratings: I don’t even recall such results

June has completely shuffled around the usual picture on the Lithuanian party popularity table – after a long pause, the Lithuanian Social Democratic Party (LSDP) has taken second place, leaving the Homeland Union – Lithuanian […]