The dynamic duo lead a group of Lithuanian Americans to teach athletes of their native land the essence of the game and the results (two undefeated EuroBaskets) speak for themselves.

However few acknowledge the pair’s contribution to Lithuania’s women’s basketball scene, tireless work which was paid off by the inaugural EuroBasket Silver medal on this day in sport.

Kriaučiūnas, 27, was a Chicago born Lithuanian who had studied and represented the University of Notre Dame in basketball before moving to Lithuania. 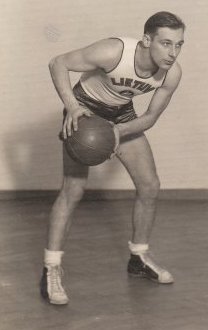 A year after Lubinas led the US to its maiden Olympic title; Kriaučiūnas played with and coached Lithuania’s national men’s team to its first EuroBasket title in 1937.

The year was 1938, the city was Rome (Italy) and under the guidance of Kriaučiūnas Lithuania was one of five nations to compete in the first edition of the female tournament.

As a result Kriaučiūnas was rewarded with the Order of Vytautas the Great Officer Cross and was reappointed for the Women’s EuroBasket.

Lithuania faced defeat to Poland 24:21 however defeated the host nation 23:21 in a historic thriller.

Switzerland finished the tournament with a 0-4 win loss ratio thanks to Lithuania’s 28:8 triumph, joined outside the podium by France who Lithuania held off 24:21 after an 18:4 half-time lead.

Lithuania would not return to the EuroBasket podium until 1997 when they claimed their maiden championship title before reaching the Bronze medal match in 2001 and 2005.

Lithuanian NBA fans hoping to see Jonas Valančiūnas return to action during the Toronto Raptors Eastern Conference final against LeBron James and the Cleveland Cavaliers may be disappointed. […]

Lithuanian NBA star Jonas Valančiūnas saved the day for the Toronto Raptors with pivotal offensive rebounds that allowed them to come from behind to vanquish the Miami Heat in overtime. […]

Changes to the Basketball Champions League: a promising year for the sport

Lithuanian basketball team gets their first win, stomping the Finns!

BC Žalgiris is clear favorite against unfamiliar Budučnost

Greg Monroe on the brawl with Jonas Valančiūnas: I would much rather play with a tough guy like J...

Seibutis has been dragged into the NBA trade merry-go-round for a second time; the rights to the ...

Jasikevičius bows to his family on becoming Kaunas honorary citizen: I am, who I am only thanks t...

Domantas Sabonis: I would like to finish my career in Žalgiris

In an interview with the current, perhaps most prominent representative of information warfare from the Moscow side V. Solovyov, Russian Minister of Foreign Affairs S. Lavrov stated that Russia is prepared to suspend diplomatic relations […]