There has been a steady stream of Lithuanian basketball players playing in the NBA ever since the Golden State Warriors drafted Sarunas Marciulionis in 1987. Marciulionis is widely regarded as one of the best ever international players to play in the NBA. Every Lithuanian who has headed to the United States since has tried to follow in his footsteps. Five players proudly represent Lithuania while plying their trade for some of the NBA’s top teams.

Jonas Valančiūnas has forged a fantastic career for himself ever since joining the Toronto Raptors after the Raptors drafted him fifth overall in 2011. The 6ft 11in center has earned more than $92 million during his time with the Raptors and, later, the Memphis Grizzlies. Valančiūnas has played more than 620 NBA games, averages 12.9 points per game, and 9.2 rebounds per game.

Valančiūnas was traded to the New Orleans Pelicans in August 2021. His exceptional skills have not helped the Pelicans climb the league. Still, his consistent performances have been highlights of the Pelicans’ games, leading to punters worldwide using their sportsbook bonus on Valančiūnas being each game’s MVP. 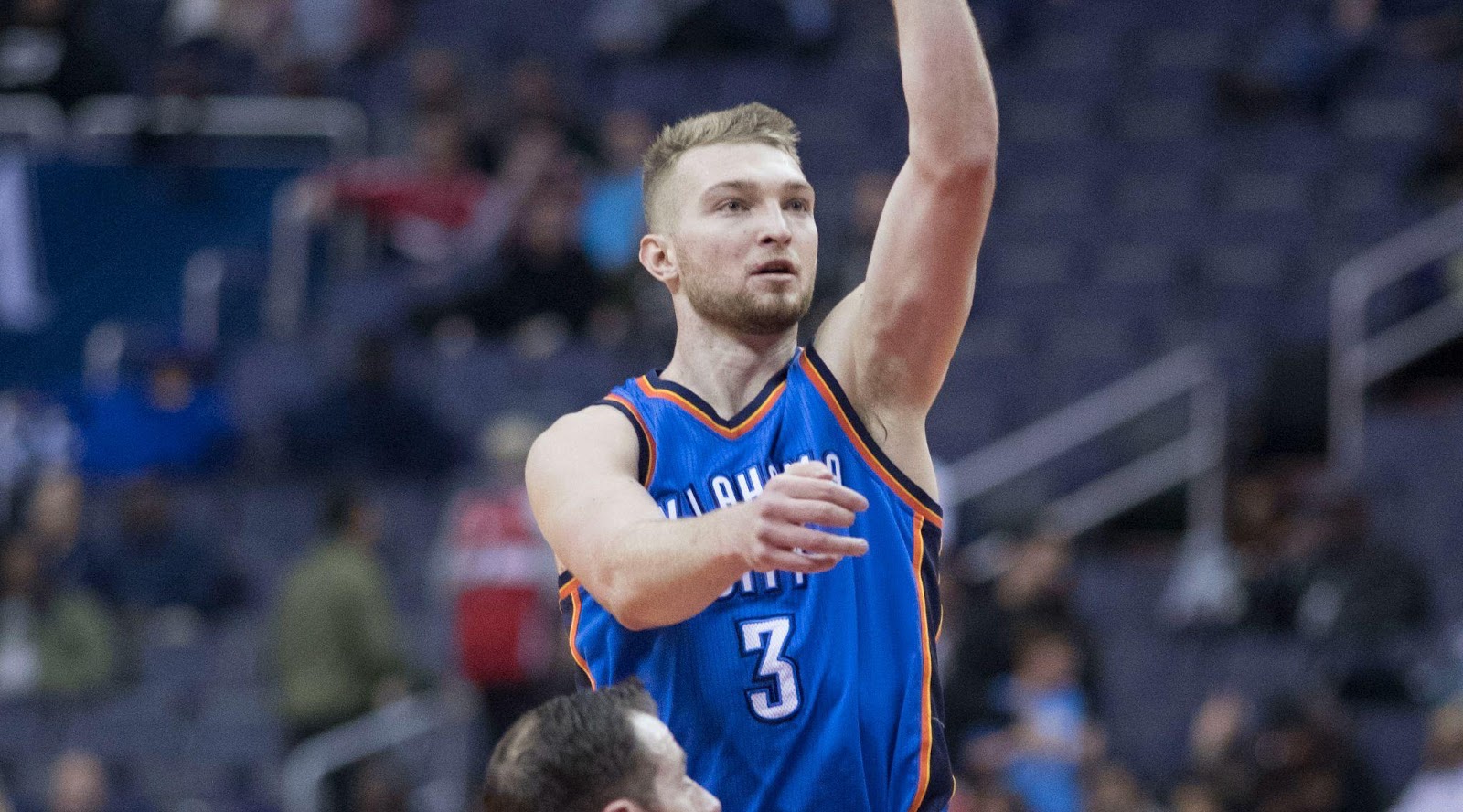 Domantas Sabonis is the son of Basketball Hall of Fame member Arvydas Sabonis, who played more than 500 games for the Portland Trailblazers. Sabonis junior was a first-round, 11th overall pick in 2016 for the Orlando Magic. However, he traded to the Oklahoma City Thunder on draft night. He played 81 games for the Thunder before heading to the Indiana Pacers in 2017, where he enjoyed four and a half fruitful seasons.

Sabonis unexpectedly joined the Sacramento Kings on February 8, 2022, signing a $56.4 million three-year contract. He made his Kings debut one day later, scoring 22 points, five assists, and 14 rebounds across 32 minutes of play.

Ignas Brazdeikis was born in Kaunas, but his family emigrated to Chicago, United States, when he was six, before finally settling in Oakville, Ontario, Canada. Brazdeikis’ obvious basketball talents showed throughout high school, and they earned the small forward a place at Michigan college. Both Yahoo Sports and ESPN stated Brazdeikis would be Michigan’s best incoming freshman.

After completing the 2018-29 season with Michigan, Brazdeikis declared for the 2019 NBA draft. The Sacramento Kings drafted him 47th overall; the Kings then traded Brazdeikis to the New York Knicks. He found playing time limited with the Knicks, so he traded to the Philadelphia 76ers, but they waived him after playing only one game.

The Orlando Magic offered him a ten-day contract, and he performed well enough for the Magic to sign him up until the end of the season before giving him a two-year deal.

Deividas Sirvydis is an up-and-coming 21-year-old from Vilnius who plays as a small forward or shooting guard. Sirvydis started his career with Rytas Vilnius from 2017 to 2020 before moving to Israel’s Hapoel Jerusalem.

Sirvydis was selected 37th overall by the Dallas Mavericks but was immediately traded to the Detroit Pistons. However, his career in the NBA has not taken off as expected. He signed a three-year deal with the Pistons but then headed to Motor City Cruise of the NBA G League. He returned to the Pistons before returning to the Cruise.

Sirvydis is only young, so he has plenty of time to return to the main stage of the NBA.

Arnoldas Kulboka was born in Marijampole but now resides in North Carolina because Charlotte Hornets drafted him as the 55th overall pick in 2018. He signed a two-way deal that divides his time between the Hornets and the NBA G League affiliate, the Greensboro Swarm.

Jolanta Grašienė, Vice President of SBA, has been confirmed as a new member of the SBA Group Management Board, heading the Group’s finance, IT, organisation development and project management functions. In order to increase the […]

Lithuania is a small but very proud nation, filled with unique places worth visiting: beautiful nature and historic architecture. Throughout the years, it has transformed into a European gem among tourism hotspots. Lithuania’s history is […]

Golf is an old sport that can be attributed to the Scots, and during the 18th century, the game spread in the British Isles. Golf started to gain an international presence in the 19th century, […]

How Popular is the iGaming sector in Lithuania?

Shlyakhov Appointed Regional Manager for Avaya in Finland and the Baltics

Tips on How To Choose Trustworthy Online Casino

The Battle of Paris. Revenge or European domination

Why should you visit Kaunas?

Education is the world’s fastest-growing business

How The Fashion Industry Will Benefit From Blockchain Technology And More

IT Outsourcing: Poland vs Ukraine vs Belarus. Costs, Reliability, Peculiarities

GP Transco is not indifferent to Ukraine: Its companies collected €300K in just 72 h

Temporary Buildings – Everything You Need to Know

How to Spend Your Downtime on a Weekend Break in Vilnius

As Lithuania begins 4-day workweek, here are other countries with same policy