Over the two days of this weekend we got to see how our Eastern neighbours are living and how far we’ve come from them. And we are gaining distance at a rapid pace.

Those participating in the Freedom Day protests in Minsk were suppressed and beaten without consideration for age or gender. Those protesting in Moscow and tens of Russian cities on Sunday were also not persuaded with just kind words. Over 800 people were arrested in Moscow alone. Looking at the live broadcast, the methods of their power structures were clear to see – you just raise your placard and you are immediately dragged off.

If you doubted at all that it is perhaps just our paranoia, perhaps state media in Belarus and Russia is truly unbiased and protects freedom of speech, you could cease doubting after this weekend. “All is well in Minsk,” stated the state news portal Belarus Today while women were beaten on the streets and flags torn apart.

The major Russian TV channels broadcast TV series and concerts at the time of ongoing protests, while news portals briefly mentioned that Alexei Navalny was arrested, while one of the main Kremlin loudspeaker Vladimir Solovjov sighed in the evening that “We are a democratic state. Was it many people that went into the streets – compared to previous times, far fewer. And when I was preparing topics for the evening show, I decided we need to wait, let things settle and there will still be time to talk about it.”

Yes, this is real journalism.

For those who wish to compare to the Lithuanian news media, let me remind you that in 2009 the protests next to Seimas were broadcast by all the major channels, the servers of news portals were buckling under the weight of visitor counts. And I can hardly imagine who could prevent the Lithuanian news media to illuminate that which journalists feel is necessary.

Unless we do so ourselves. The protests in Russia were the largest in six years, this is a significant event for our neighbouring country and at the same time for Lithuania. Is it not natural that the Sunday news should start with it? 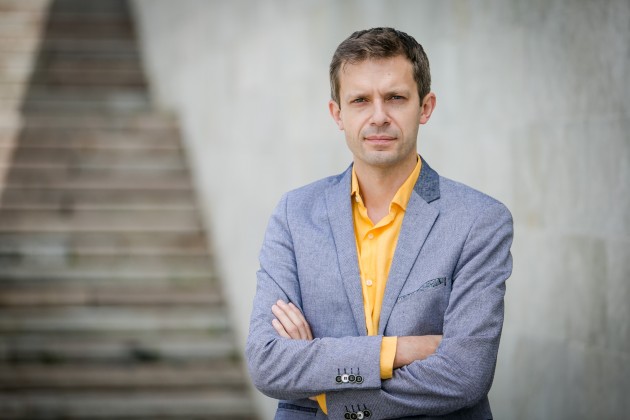 The major Lithuanian television broadcasters do not think so. LNK news found it more important that a perhaps mentally unstable man shouted at the Japanese embassy and a building burned overnight in Kaunas than the events in Russia. TV3 news initially talked about the building, a drunk driver, poorly tasting water, the Japanese embassy, a woman living in a van and that a house collapsed in China and only then turned to the protests in Russia. Only Panorama chose to begin its broadcast with the events in Russia.

The major Lithuanian news portals also presented it as the main news, but one of the big three buckled and while OMON was beating people in Moscow, its biggest news story was the thoughts of Henrikas Daktaras, how he is a big patriot and loves birds.

The Russian opposition views this as the beginning of major changes, as a breaking point. They assure that the government did not expect this many people on the streets and only barely coped. That the government only has force and a controlled media left. Perhaps. Perhaps this is the beginning of the end and the protests will only grow, with a snowball turning into an avalanche, particularly with the nearing 2018 Russian presidential elections… that is to say the 2018 Russian President Putin elections. It is, however, naïve to expect the Russian government was intimidated and will now draw back. The number of people standing up is still relatively tiny – roughly 0.1% of Muscovites took to the streets, less than 0.1% in Saint Petersburg, 0.06% Russia-wide, 0.03% of Minsk’s inhabitants.

This would be equivalent to 200 people gathering in protest in Vilnius.

Perhaps it is more important that these protests featured ever more youth, event schoolchildren who are beginning to understand that the future in a kleptocracy is dubious. But this has happened before – the Russians protested in 2011, they protested in 2012 and Moscow’s Carnegie centre director spoke of “the beginning of irreversible processes”, in 2014 they marched in protest of the war in Ukraine and the Western media was rife with publications like “Russia awakens?”, in 2015 tens of thousands marched in condemnation of the killing of Boris Nemcov and the opposition spoke of a “breaking point”.

So what? Nothing. President Putin’s ratings are ever high, no-one doubts he will win the upcoming election. “The country is in the dumps, but Putin is great,” this is a what a Don Cassock told me during a visit to Siberia and this only confirms the painful schizophrenia plaguing the minds of this nation.

What was revealed in Navalny’s investigation on Prime Minister Medvedev titled “He’s not Dimon” would, in any democratic state, have blown up the ministerial cabinet to the point of only dust being left. In Lithuania it is enough to hide a fine for driving lightly drunk and your political career is over. How much time would even PM Skvernelis have if even a fifth of what was released about Medvedev were to be revealed about him? Likely only as many minutes as it takes to pack up and leave through the rear entrance of the cabinet building because a crowd of cameras and microphones would be waiting at the front.

Such investigations only receive mockery in the Kremlin. They don’t even bother to deny it, just Medvedev unfriends Navalny on Instagram, cunningly diverting attention to the communications farce. Such levity and disdain is stunning. Oh how mighty and immovable they feel.

Oh, but look at yourselves, Baltics, Kremlin apologists scream. Look at the people beaten in 2009 when they tried to break into Seimas. One of the main propaganda portals directed at the Baltics described the Russian language version of our show “Laikykitės Ten” as “the work of angry clowns” and ironically inquired, why we joke about and criticise Putin, why we don’t create a show about ourselves. Really, why.

The Kremlin’s whataboutism tactics are unchanged since the Cold War era, it is only filled out by improved methods – send the Ukrainians a disabled performer to the Eurovision and watch what they do or let’s bring a girl on “green men’s” shoulders, singing about the boots she’ll wear in London and Paris. This happened to Crimea in commemoration of the third year of its annexation.
We can complain about much, we have much to criticise in our country, but in the end after this weekend events in our neighbouring countries once again displayed how far we have come and are continuing to go. And only those who see poorly or intentionally shut their eyes may be unable to see it, may not hear the wellies ballet in Moscow, St. Petersburg and Minsk.

Lithuanian President Dalia Grybauskaitė says that the European Union and NATO will coordinate their response to Moscow in the wake of the poisoning of a Russian former double agent in the United Kingdom. […]

Lithuanian MEP Petras Auštrevičius has started a hunger strike over the illegal imprisonment of Ukrainian pilot Nadiya Savchenko in Russia. […]

End of WWII anniversary marked at Antakalnio Cemetery in Vilnius

Several thousand people gathered in the Antakalnio Cemetery in Vilnius on Monday to mark the end of World War Two. […]

How are the Baltic Sea countries handling coronavirus

With COVID-19 shaking up markets, farmers are advised to sell part of their harvest at higher prices

Nausėda’s promise remembered after surprising decisions by the Presidential Palace

With President Gitanas Nausėda refusing to appoint former ministers, who held significant public trusts, to ambassador positions, experts note that the president has already promised some of the pledges that accompanied him into the elections […]